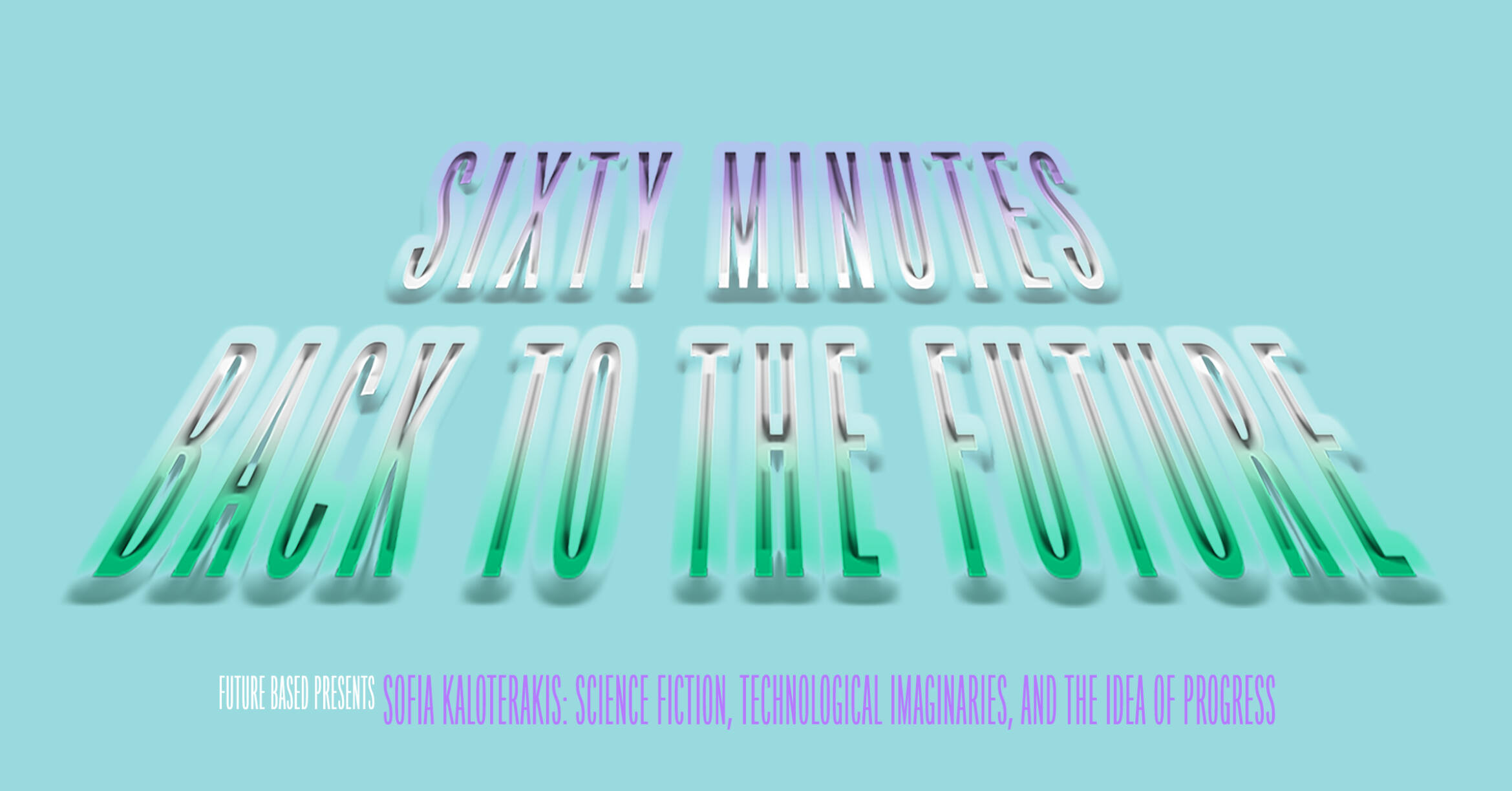 Sixty Minutes Back to the Future: Science Fiction, Technological Imaginary and the Idea of Progress

In this webinar, Sofia Kaloterakis will present the research of her Master Thesis around the relation of science fiction technological imaginaries and the emergence of the cultural idea of progress. How is techno-scientific knowledge framed as an indicator of progress? By giving emphasis on the cognitive modality of estrangement she analyzes along sci-fi the figure of the robot and space exploration and how they are associated with progress.

The four authors to be  discussed:

Sofia Kaloterakis is a freelance researcher, artist and writer. She holds a BA in Philosophy and a RMA in Media Arts and Performance. The research areas she is interested in are  fictional universes, eco-phenomenology and poetics. She has published poetry in different magazines and articles on media art computational aesthetics.

Why a lecture on Science- Fiction and science right now?

We live in an era contrasted by the need to safeguard the future of our planet and what seems like an unstoppable speed of technological growth. In this time-frame it is important to attempt a theoretical zoom out and look at how the discursiveness of values such as progress came together throughout cultural visions and narratives. This will allow us to reflect how specific techno-scientific projects gain meaning, not only through their specific epistemological and political inquiry but also through the mythical culture units that we live into. This discourse aims to highlight the connection between philosophy of science, Science Fiction studies and science and technology studies in the present and in the future.

The purpose of these webinars:

Future Based’s ‘Sixty minutes back to the Future’ series is a new series in which we reflect on the bottlenecks and challenges of today’s society, and contemporary issues that have already been addressed by numerous philosophers, artists and scientists: What can we learn about the future by looking at history?

The structure of the lectures is as follows: In sixty minutes, an artist, designer, researcher, or scientist talks about her/his field of work and what theories and thinkers have influenced their work. We will then reflect on how these theories, ways of thinking, and researches are relevant for understanding the state of today’s society, what we can learn from them about the ‘now,’ and why it is relevant to involve our past in our speculations about the future.

After 60 minutes, we will leave you on your own, with a head full of questions and the eagerness to go and conduct research yourselves. Luckily, you will receive access to a document with reading suggestions and relevant texts at the end of the lecture.

A note: In these times of challenges of all sorts, we need to lend each other a helping hand. That’s why Future Based organises these webinars on a non-profit basis. This means that ticket sales go directly to the artist, designer or scientist. (Future Based is not subsidized by any means.)