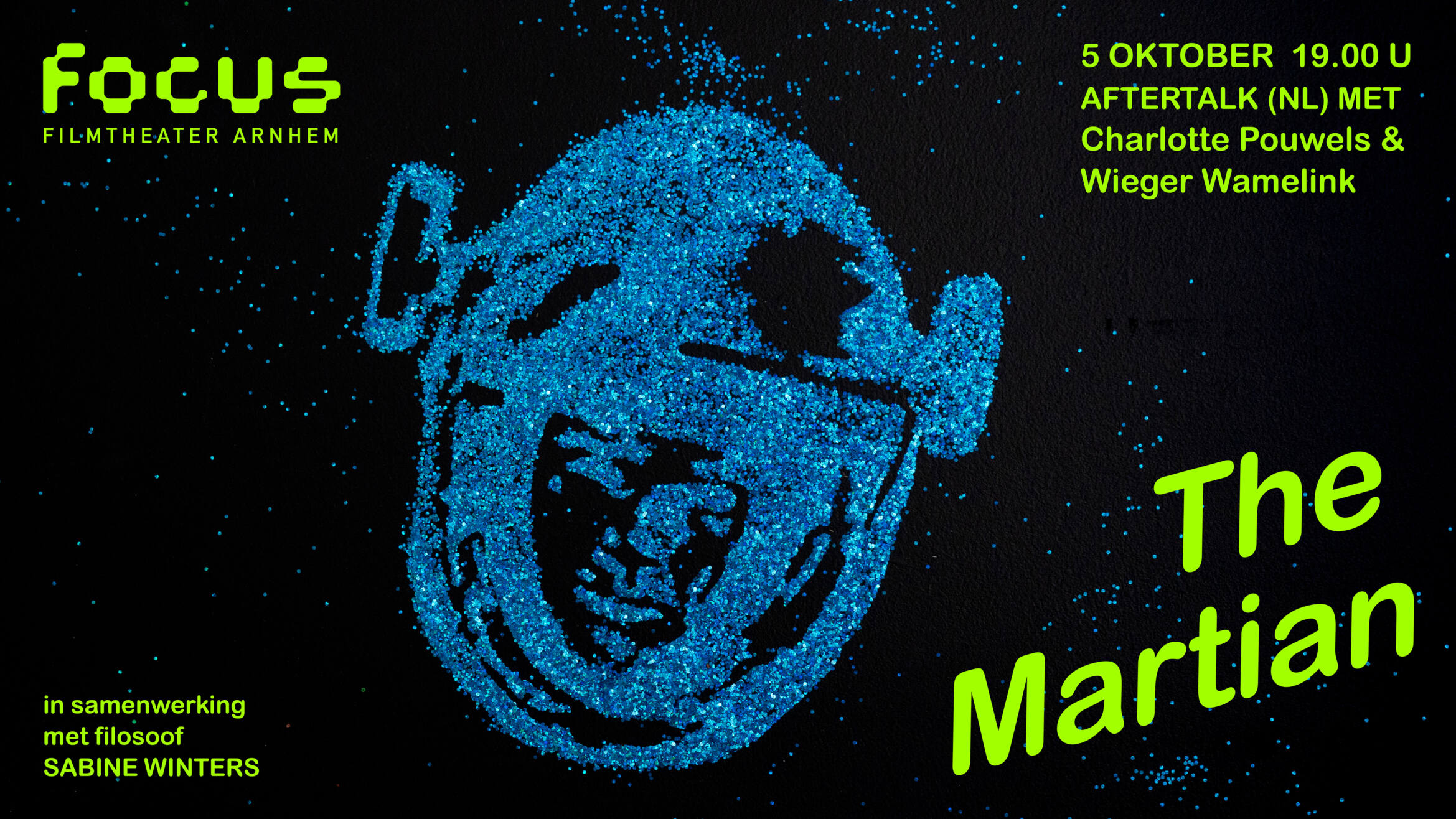 Please note that two events will be held in English, two in Dutch.
The aftertalk of the Martian will be in Dutch

In the film The Martian, an astronaut becomes stranded on Mars after his team assume him dead, and must rely on his ingenuity to find a way to signal to Earth that he is alive and can survive until a potential rescue. How realistic are his survival mechanisms?  In other words, how do you survive on Mars? Can we grow plants on there? How realistic is it to think about living on another planet? And why would we want to think about this at all? Together with analogue astronaut and Airbus engineer Charlotte Pouwels and Mars- researcher at the WUR dr.ir. Wieger Wamelink, we will discuss growing vegetables on Mars, life on other planets and what to do if you accidentally get stuck on an alien planet.

Charlotte Pouwels is a physicist with a specialization in radiation and cube satellites. She works as an analogue astronaut and co-mission organizer for CHILL-ICE, EuroMoonMars, ILEWG. In addition, she participated in a 2wk HI-SEAS, analogue habitat for human spaceflight to the Moon/Mars, Moon simulation in 2019. Charlotte is the Head of logistics and co-organizer for the CHILL-ICE mission 2021, where they will construct a Habitat Inside a lava tube on Iceland for lunar simulation missions. Charlotte is also a full-time test engineer at Airbus Defence and Space Netherlands, Diver, wanderer, traveller and entrepreneur.

Wieger Wamelink and his team investigate if it is possible to grow crops on Mars and moon soil simulants delivered by NASA. When people will got to Mars and go back to the moon it will most likely be for a longer period or even for ever. One of the necessities for such a ‘colony’ is the supply of sufficient and healthy food. One of the options is to grow your own food using the soil and water (ice) that is present. Since 2013 Wieger and his team are experimenting with the soils and a range of crops, including tomato, potato, green beans, peas and rocket (rucola). They were able to grow crops on both the Mars and moon soil simulant.