Witchcraft made Science with Alexandra Neuman 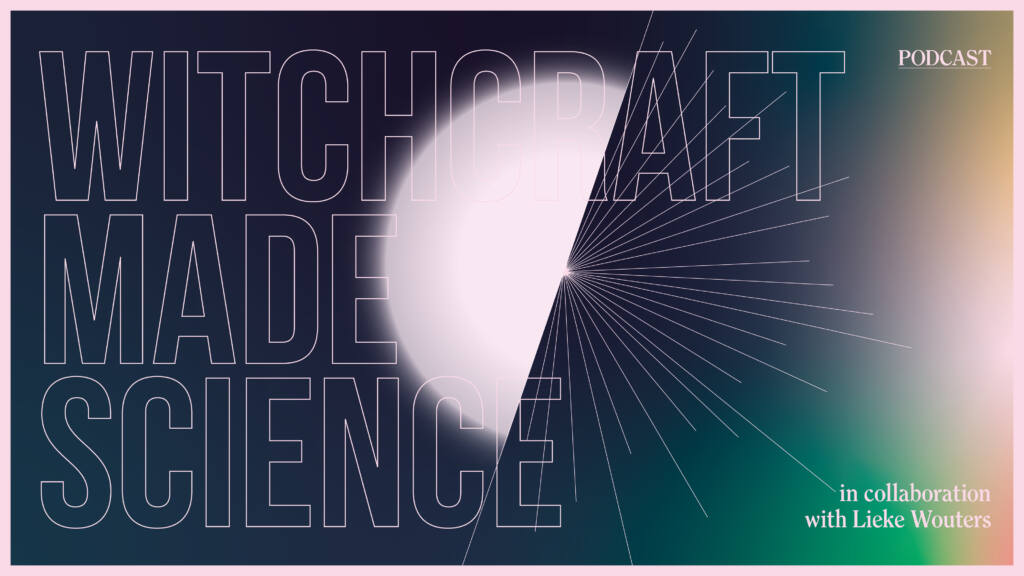 This podcast is part of the Witchcraft made Science series, a collaboration with curator Lieke Wouters. In this podcast, we approach the witch as a stereotype as well as a new feminist icon. Making space for the spiritual, the scientific and the sceptical aspects of witchcraft, all seen from an

Alexandra Neuman is an interdisciplinary reptile currently based in Brooklyn, New York. Drawing on ideas from postcolonial theory and multi-species feminism, her work focuses on positioning human being as an ecological process rather than as an individual body or self. She received a BFA in Visual Arts and Anthropology from Sam Fox School of Art at Washington University in St. Louis (2015) and an MFA in Visual Arts at University of California, San Diego (2021). She is a past participant of the Arteles Residency in Haukijarvi, Finland, the PRAKSIS Residency in Oslo, Norway, and the Saas-Fee Summer Institute of Art in Berlin. Her films have shown at Anthology Film Archives, Museum of the Moving Image, and the Eyeslicer. She is a Webby Award Honoree as well as the recent recipient of the Initiative for Digital Exploration of Arts and Sciences (IDEAS) grant at Calit2.

We talk with her about the card deck radical becoming in the ongoing now, which is inspired by the divinatory practice of the Tarot, this interactive card deck employs the potential of play, chance, and continuous reshuffling towards unraveling the humanist doctrine of separation. through the conflation of implicit anthropocentric binaries such as nature/culture, life/nonlife, human/animal, male/female, mind/body, past/future, same/other, self/world, radical becoming in the ongoing now envisions a praxis of planetary subjectivity in which every Now moment is an opportunity for submerging oneself into the moisture of the W/hole. (source: Alexandra Neuman)

The interactive digital version of the Tarot deck can be found here.

The Tarot deck can be bought here.

Lieke Wouters (she/her) is an art historian and curator, mainly focusing on art on the intersections with digital technologies, utopias in current and speculative societies and intersectional feminism. She is currently the business director of the platform for contemporary art POST and makes programs on art and technology for Oddstream.

Reon (she/her) is a professional future summoner and Master in Media, Art, Design & Technology at Frank Mohr Institute. Born in a desert and raised in subtropical highlands, she is mystery-bounded. Experienced lecturer, multidisciplinary design, fashion and overall pseudo-sciences aficionado.

All We Can Save

Future Based2022-03-24T09:45:32+01:00
Page load link
We use cookies and sometimes third party services such as Facebook adds. But since we never have analyzed anything, we have forgotten the password for Google adds, and it might even be that the codes are not installed in the correct way (still have to check), you don't have to worry we are tracking you. We don't even know how. However, just to be sure: this website uses cookies up to 14 days (instead of 30). Ok
Go to Top