Oversaturation of information and interdisciplinary solutions with Stijn Postema 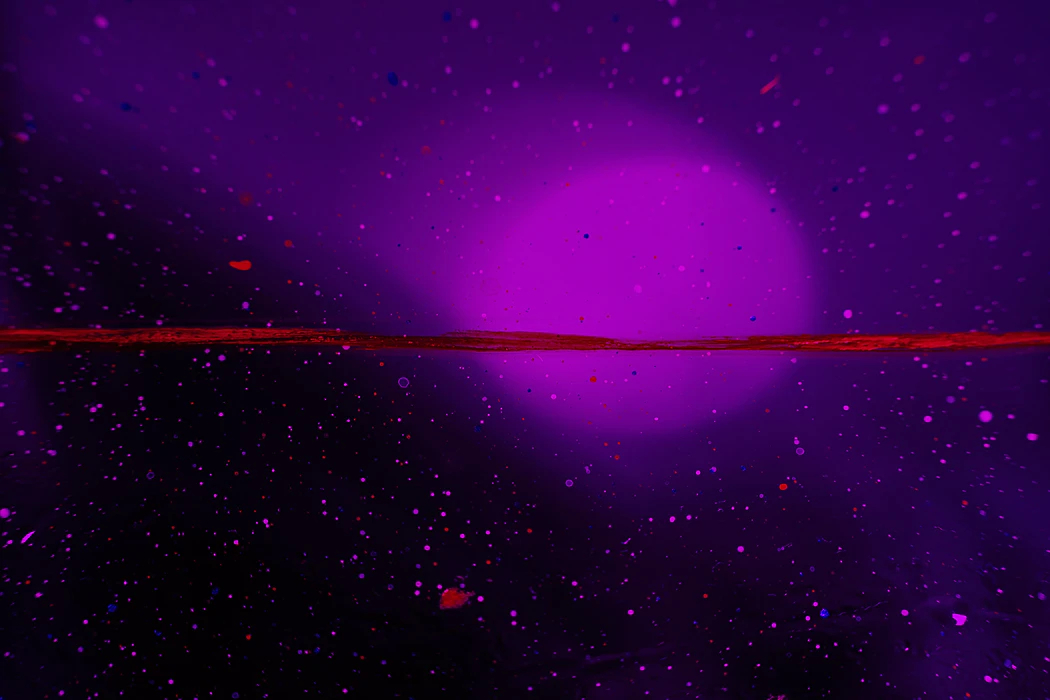 The urge to understand, organize, and structurize the world around us has been part of human existence for as long as we are aware. Complex algorithms, such as programs for self-driving cars, or groups of elementary ones, such as primitive rituals of sacrifice, are examples of actions intended to understand and control the future. As our experience and knowledge of the surroundings grow, these actions become more complex. We have handed over most of the repetitive and time-consuming calculations as well as a rising amount of cognitive tasks to technology, increasing the flow of new knowledge, but creating a fracture of expertise and a decrease in understanding.

The most prominent and successful approach to dealing with the oversaturation of information has been the collaboration between design, art, journalism, and technology. Such an interdisciplinary field stimulates public debate on social issues with innovative projects by visually interpreting complexity and making it accessible and interactive to a wider audience. This crossover domain is the focus of Designalism, a platform for creatives and thinkers, who work on the spectrum of design, art, and journalism. We talk to some of the artists from the Designalism database and podcast on the roles creatives and thinkers play in a reality oversaturated by information.

This is the first of our three-part series of interviews. Stijn Postema researches the NWO-funded PhD-project ‘Artistic Journalism’. He teaches Journalism and Media at University of Amsterdam and Ede Christian University of Applied Sciences; and has a practitioner’s background in freelance journalism and visual arts. His unique perspective gives insight into the developments of the two converging disciplines. During our interview, Stijn Postema explores about the different approaches to complexity, truth, and trust.

How would you describe complexity?

S: I’m studying how journalists work and how artists work and how their work blends in many ways. What I see is that there are many layers of complexity at play. First, I think the professions are becoming more complex and there is more insecurity in keeping your job. This is what in academic studies is called ‘precarity’. It adds a layer of complexity and chaos to our personal lives – this instability creates possibilities for those who are creative, but it also makes them feel insecure. So to understand the complexity and what complexity does has a lot to do with how we experience our jobs and what we do.

Another layer of complexity that both the professions have to work with is the concept of truth. I see that artists and journalists do not always mean the same thing when they talk about truth. For a journalist, when they talk about truth, it’s more or less the factual truth they are interested in – who, what, where, when… There are variations, but at the very end of the scale in journalism, this is a kind of a core idea of what truth is. On the other side of the scale, there is the meaningful truth. So what does it do; what happens to us? How people experience the news, for example, is something totally different to report than the news event itself. So what I see is that those who work at the cross-section of journalism and arts might be better at understanding what people go through when they experience news events.

How do artists and journalists bring issues of the oversaturation of information to the public?

S: Well, in journalism, we have this big problem that there is a decreasing trust in journalists. News reporters lose their authority. In the Netherlands it’s still quite okay, but you can see it decline and you can see that journalists are receiving threats more often and are attacked on the streets. This development maybe started around the time that ISIS began beheading journalists. Shortly thereafter, president Trump started attacking journalists as spreaders of fake news, basically allowing for aggression against journalists. So the trust in journalism is at a very low point for some populations – not for all – they lost the trust in them as experts. So that means that a new approach is necessary. And I believe that this should be a community-based approach. To reenter the community and win the trust with more one-on-one relations. I think community-based communication is key to deal with information overload.

Having a personal connection is crucial for countering disinformation and overly radical ideas too. I think it’s important to go towards community-based news work and start community projects. Which means that journalists who have been told they live in an ivory tower and observe the world from an objective stance – which is what they claim to do sometimes – they need to come down in a way. And many journalists actually do. So, if you look at De Balie in Amsterdam, which is producing journalistic theater, this is an excellent example of how journalists can become part of a community. These are journalists working in Amsterdam, they know the city, they are involved with the city and in contact with it, so their work really seems to resonate with the local Amsterdam community.

Why is it important to address complexity from an interdisciplinary perspective?

S: What we see is that in terms of complexity, the boundaries between professions blur. Especially those who are somewhere in between have a harder time identifying themselves with either an artist or a journalist, but they are makers, they are creatives and they produce about reality, about what happens in real life. <…> I can see a professional identity crisis with some young makers, but I can also see that some of them don’t care. You could say that they dare to state: “I’m a non-binary professional. Don’t call me this, don’t call me that. This is just what I do.”

This attitude allows you to move forward and not go into normative discussions on what you should and shouldn’t do, which is basically restricting your creative freedom. There’s, of course, a thin line because we’re still talking about truths, about what’s happening in real life, an interpretation of that. It’s not always the best solution to flee from any normative discussion, it shouldn’t be a problem to cross boundaries and go into discussions. But if you have a non-binary professional, how is this person ever going to be an expert or seen as an expert in this field? It’s almost impossible, almost…

So it’s not per se getting rid of these tags, but putting on the right label at the right time. I used to work as a freelancer and I never introduced myself as an artist. If I introduced myself in a newsroom as an artist, they would step back. They were kind of like, “Okay, you’re a creative. You might be late for deadlines and you’re with your head in the clouds.” So I learned not to label myself as an artist, but just as a freelance journalist, who would do his job on time and is accurate in his reporting.

How can we deal with our own information overload?

S: Overload is like reading a lot of books. It’s a biblical phrase – reading too many books is causing you to become very tired. And that’s the same thing with having to process a lot of information that makes us tired. For me, what I do when I’m tired is that I like to work with my hands. I have a workplace here and I can do things with paint, wood or with tiles or in the garden or whatever. Like journalism and arts, that is craftwork, requiring a mental state of focus and calm. In that way, craftsmanship is the most promising answer to information overload.

Future Based2021-12-24T16:48:18+01:00
We use cookies and sometimes third party services such as Facebook adds. But since we never have analyzed anything, we have forgotten the password for Google adds, and it might even be that the codes are not installed in the correct way (still have to check), you don't have to worry we are tracking you. We don't even know how. However, just to be sure: this website uses cookies up to 14 days (instead of 30). Ok
Go to Top