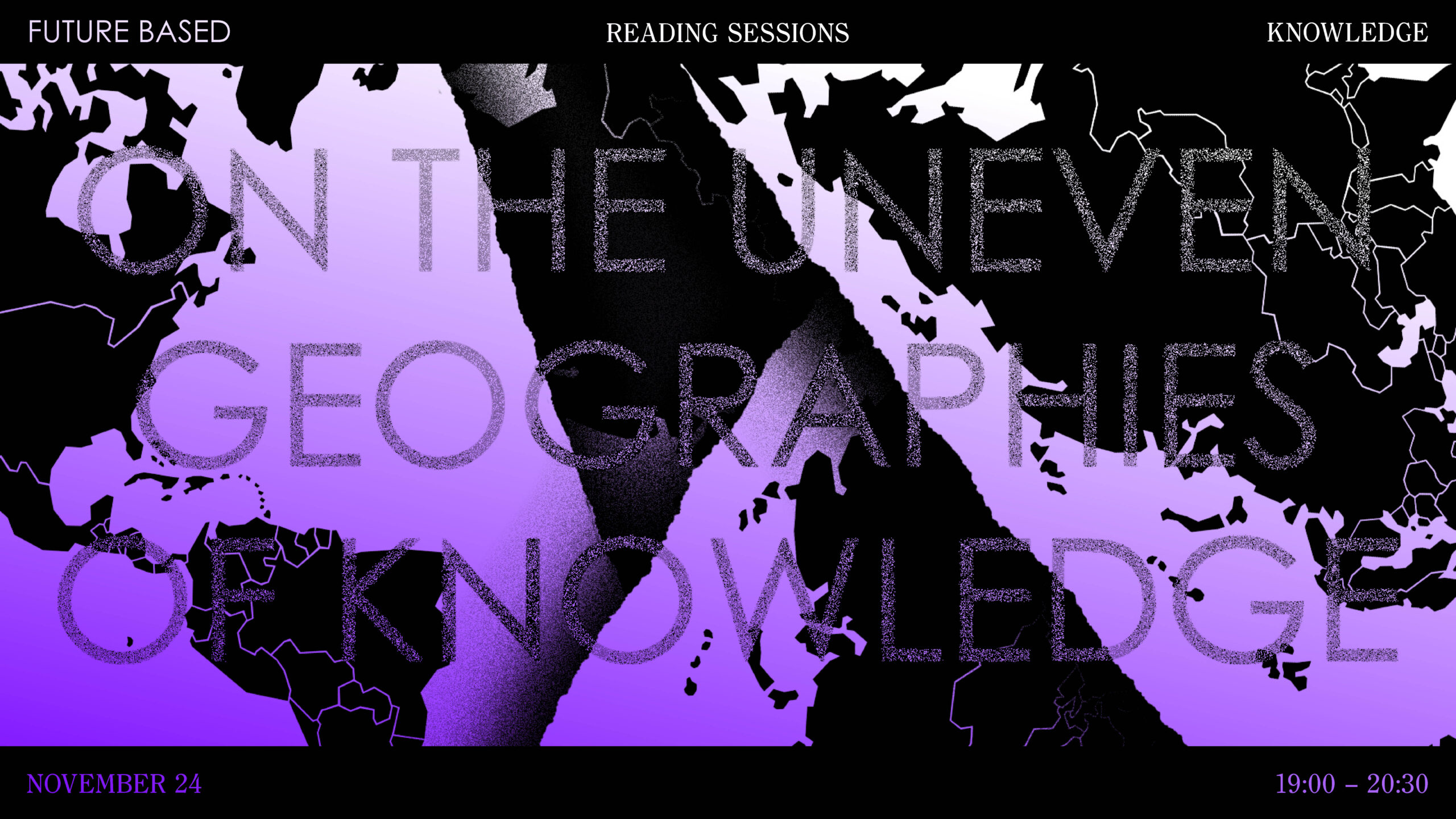 On Algorithmic (In)Equality: The Uneven Geographies of Knowledge

The idea that information exists in a cloud, a non-spatial vacuum where its movements are mystified, is an illustration that needs to be contested. Information moves through the internet in fascinating ways; it shapes spaces, molds them, manifests realities, transforms interactions, mutates itself, and goes viral. The lifecycle of a tweet, a picture, a post or a byte, doesn’t start at its original poster and doesn’t end at its intended audience. More importantly, Andrew Graham illustrates that Information has always been spatial. It is produced somewhere; it is used somewhere; it moves between places”. The main question we try to answer then is, are all information created equal?

In this reading group, we first build a map of algorithmically mediated geographies of knowledge, dissecting why, for example, the global south produces less than 1% of Github’s commits, and contributes to less than 10% of Wikipedia’s articles. How can this unevenness be a byproduct of what Walter Mignolo calls “epistemological violence”? We also try to employ different lenses, through which we can address this violence, whether through algorithmic infrastructure (Material Studies), platform-mediated politics (platform Studies), or through inherent social bias (critical Theory). Finally, we imagine and speculate about ways to produce new, more even, and more radically aware geographies of knowledge.

The cyber space is a non-neutral space of constant consternation. Multiple dualisms ensue; the individual and the space, the individual and the platform and the individual with their own self-image. It becomes really important, then, to critically engage with the space, decolonize it and reclaim it. The hyper presence of the algorithm in our daily lives means our awareness and engagement need to be active as much as it is theoretical. This reading group ensures just that.

During the course of this reading group, we will look at the (in)justice which this contestation brings. Since the algorithm and its ensuing injustice are both ubiquitous, we will look at the various areas of human experience which they touch. The 10 areas detailed below grant us 10 sessions of discussion, and 10 opportunities to build a creative manifesto of the ideas discussed. The results of the discussion and the creative process will then be on display.

This reading group is initiated and curated by Abdel-Rahman Hassan, as part of the Future based platform.